MAIA1 (USPP24,579): Apples that meet quality requirements can be marketed as EverCrisp® 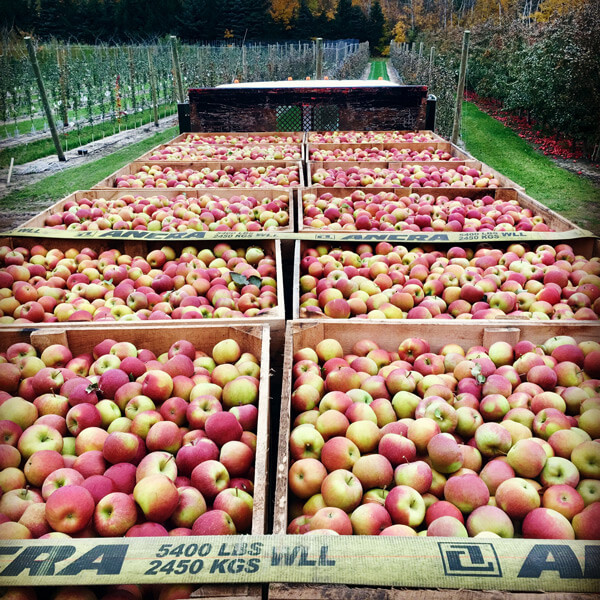 Naturally, all of these characteristics depend on the farm location and individual growing seasons, but these are the early results as reported by various members. MAIA1 apples that meet quality requirements will be sold as EverCrisp®.

The MAIA1 trees have been developed by the Midwest Apple Improvement Association, an organization of private breeders developing apples specifically for the climate and conditions of the Midwest.

MAIA has licensed several nurseries to supply growers with MAIA1 trees and MAIA1 will be available as a “managed open” release. The association will charge trademark and royalty fees to those who want to grow the MAIA1 trees (to help perpetuate the breeding program), but no one will be excluded, said Bill Dodd, MAIA’s president. “We’re not going to limit who has access,” Dodd said. “The intention is for the group to share what it came up with.”

Mitch Lynd, a grower from Ohio and one of MAIA’s co-founders, states that MAIA1 looks and tastes a lot like Fuji, but it’s a bit crispier. MAIA1 trees are more “grower friendly” than Fuji. With the older variety, there’s a “lot of tree and not a lot of apples. MAIA1 makes a lot of apples but not a lot of tree,” Lynd said.

David Doud, a member of MAIA and owner of David Doud’s Countyline Orchard in Roann, Indiana, was the first to grow the seedling that eventually became MAIA1. In Doud’s location, north-central Indiana, MAIA1 fruit ripens from Oct. 10 to Oct. 15 or so, roughly two weeks after Golden Delicious. Doud will be able to count on it for three weekends in October.

According to Doud, MAIA1 does not appear to be a high-maintenance tree. The mother tree set four crops in a row with no thinning. It ripens evenly and there’s a long picking window. Doud currently grows about 50 varieties on 20 acres; his family has worked with hundreds of varieties over the years, including heirlooms and none of them compete with MAIA1.

Honeycrisp, which ripens four to six weeks earlier than MAIA1, makes a lot of money, but it has some preharvest drop and bitter pit problems, at least in northern Indiana. MAIA1 hasn’t shown those problems, Doud said. When allowed to hang on the tree into November, MAIA1 fruit has exhibited watercore, Doud said. Other weaknesses might appear in the future, as use of the new variety expands, but only time will tell, Lynd said.

It’s not just the growers who are excited. Based on customer reactions to Doud’s samples, MAIA1 is going to sell well, he said.

Diane Miller, a tree fruit Extension specialist with Ohio State University, has data to reinforce Doud’s optimism. She tested consumer reactions to the apple at Cleveland’s Fabulous Food Show. Based on the data, MAIA1 rated higher than Fuji and Cameo and was equivalent to Honeycrisp and SweeTango, she said.